Love, stigma and search for acceptance are the themes you encounter when you watch Behind the Candelabra online. The film is a biopic based on the life of Liberace who was a famous pianist. It is told through the perspective of Scott Thorson.

Scott was an 18-year old with a career in animal training for movies when he met Liberace. Liberace soon invites him to his house and while there Scott diagnoses a dog belonging to Liberace as having temporary blindness. Scott is able to treat the dog successfully.

Soon after Scott moves in with Liberace and the two become lovers. Liberaceâ€™s controlling ways soon come out in the open. He is so focused on turning Scott in who he was when he was young that he wants his cosmetic surgeon to perform modification surgery on the face of Scott to make him look like Liberace! Liberace also tries to adopt Scott formally but he fails.

Liberaceâ€™s controlling ways drive Scott into drug abuse. Scott is also frustrated by the fact that Liberace does not want to acknowledge their relationship publicly.

As Scott sinks deeper into drug abuse while Liberace seeks out younger men, the relationship becomes too strained. The straw that breaks the camelâ€™s back is Liberace making known his intentions to have other intimate relationships outside of the one he has with Scott. Scott wants out and goes to court to seek palimony. Liberace consequently terminates their relationship.

A few years later Liberace discovers that he has full-blown AIDS and despite their legal battles and acrimony, wants to see Scott one last time. 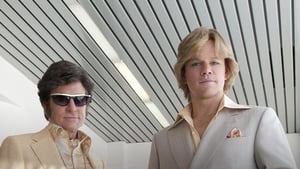