An animated fantasy film, Big Hero 6 is the biggest Pixar-Disney 3D computer-animated film of 2014 that follows the story of a teenage boy Hiroshi Hamada, who also happens to be a robotics prodigy. The movie takes place in the fictional city of San Fransokyo, where Hiroshi lives with his brother Tadashi and was raised both by their aunt.

Because of Hiroshiâ€™s passion and intellect in robotics, Tadashi suggested that instead of wasting his talent for illegal robot-fights, he should instead go to the University where Tadashi attends. Despite Hiroshiâ€™s initial reluctance, he was immediately drawn to itsâ€™ robotic centre and was convinced to present at the University in order to enrol.

Hiroshiâ€™s presentation impressed people including an entrepreneur named Alastar Krei who showed interest to buy his creation, and Professor Callaghan who admitted him to the University. Following Callaghanâ€™s advise, he declined Kreiâ€™s offer. Tadashi shared a moment to congratulate his brother when the building caught in fire and he decided to run inside to save Callaghan. But the building exploded, claiming Tadashiâ€™s life along with the Professor and reducing Hiroshiâ€™s microbots to ashes.

Hiroshi, now grieving for the loss of his brother, was left unmotivated but stayed in touch with Tadashiâ€™s friends in the University. He accidentally hurt himself with a minor accident which unintentionally activated Baymax, Tadashiâ€™s health-care companion robot.
Exciting adventure followed Hiroshi and his brotherâ€™s former classmates who is now also his friends, when Baymax lead them to discover a warehouse, revealing that the microbots Hiroshi created survived the fire. 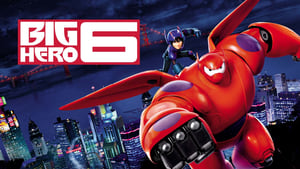