The movie Drive (2011) begins with mysterious and quiet driver in Los Angeles who works as a mechanic for a friend named Shannon. Aside from this, he also works in Hollywood films, pulling of driving stunts. In this particular movie, he has no name but the role is played by Ryan Gosling whom you might remember from the movie, The Notebook.

Living in his apartment and working two days job keeps him very busy. However, one day, he happens to meet his neighbor, Irene. Her husband is currently in prison and she has a son named Benicio. The unnamed driver begins to fall in love with Irene and to his disappointment, her husband gets out of prison just after a few days. Ireneâ€™s husband, Standard Gabriel is always up to no good. Standard is shoved into a dirty plan to rob a pawn shop and the driver who had fallen in love with his wife decides to help him. His job is to drive the getaway car away. He explains to Standard that he will not carry a gun or anything else except drive.

In this dangerous adventure, things do not go as planned. The driver suddenly finds himself in a hairy situation. He must now protect Irene and Benicio from ruthless mobsters. With Irene and Benicio in grave danger, the driver fights to save their lives.

If you love action and cars, Drive (2011) is definitely a great movie for you to watch. 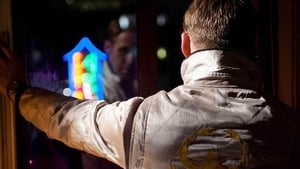