For a heart-warming story of love that has endured through the ages watch Still Mine online. This film revolves an old couple, Craig and Irene Morrison, whose love is being put to the test by disease and government bureaucracy.

Craig is 90 years old and his wifeâ€™s health is in rapid decline as she is suffering from dementia. He cannot bear the thought of leaving her to the care of an institution and he will do everything in his power to fulfil his responsibility. However the couple have limited resources and their ramshackle house is proving to be a danger to Irene. And since Craig does not have the means he tries to build a cottage all by himself with the limited resources that he has. The small cottage, he reasons, will be safer for her.

Despite his good intentions the government will not allow him to build the cottage in this crude manner. Instead the regulators want him to build it in a modern way that is more in line with the current building codes and standards. But Craig will take none of it and he goes ahead to start building the cottage by utilising the woodworking skills he learnt from his father.

But before he can complete the construction project the seriousness and urgency of the matter grows as Ireneâ€™s health deteriorates. While still residing in the old ramshackle house there is a fire and Irene is hospitalized after falling down the stairs. At just about that time the government bureaucracy turns hard on Craig for defying instructions. 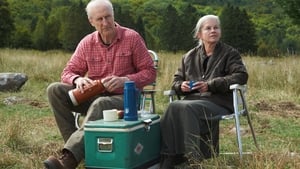