Premiered in 2014 Toronto International Film Festival as vigilante crime thriller, The Equalizer was directed by Antoin Fuqua, the same director behind similar fast-paced action films such as Olympus Has Fallen and Brooklynâ€™s Finest.

The Equalizer amassed average to positive reviews from critics, noting the remarkable directing talent of Antoine Fuqua and the performance of Denzel Washington as the main character Robert McCall. The Equalizer also stars Marton Csokas, David Harbour, Bill Pullman, Melissa Leo and child star Chloe Grace Moretz. The film was considered to be a box office success grossing up to 192.3 million USD with a budget of 55 million USD.

This action-packed film follows Robert McCall, a man who decided to put his danger-riddled past behind him in order to start a brand new life away from his former black ops operative life, and in order to satisfy a promise to his recently deceased wife to leave it all behind. But as he and a young teenage girl prostitute named Alina â€œTeriâ€ crossed paths, he pushed himself to find ways to help take her away from the dangerous world of Russian Mafia.

Finding himself with a newfound urge to help and discovering the same sense of justice, he knows he and his skills as an operative could not go to waste. The next events plays out as he decided to finally let himself revisit the life he thought he has long abandoned, all so he can save one girl, and use his skills to help people who is in greater need. 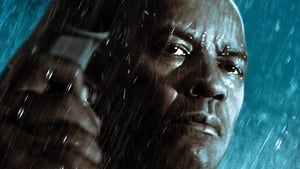